The Sky’s the limit At Ciel Spa

The sky's the limit. Ciel Spa at SLS Hotel in Beverly Hills reaches the stars.

It often feels as though there are more stars in Beverly HIlls than there are in the skies. And so, at the aptly named

(Ciel is French for ‘sky’) at the SLS Hotel - it seems that the services here are only limited by one’s imagination. 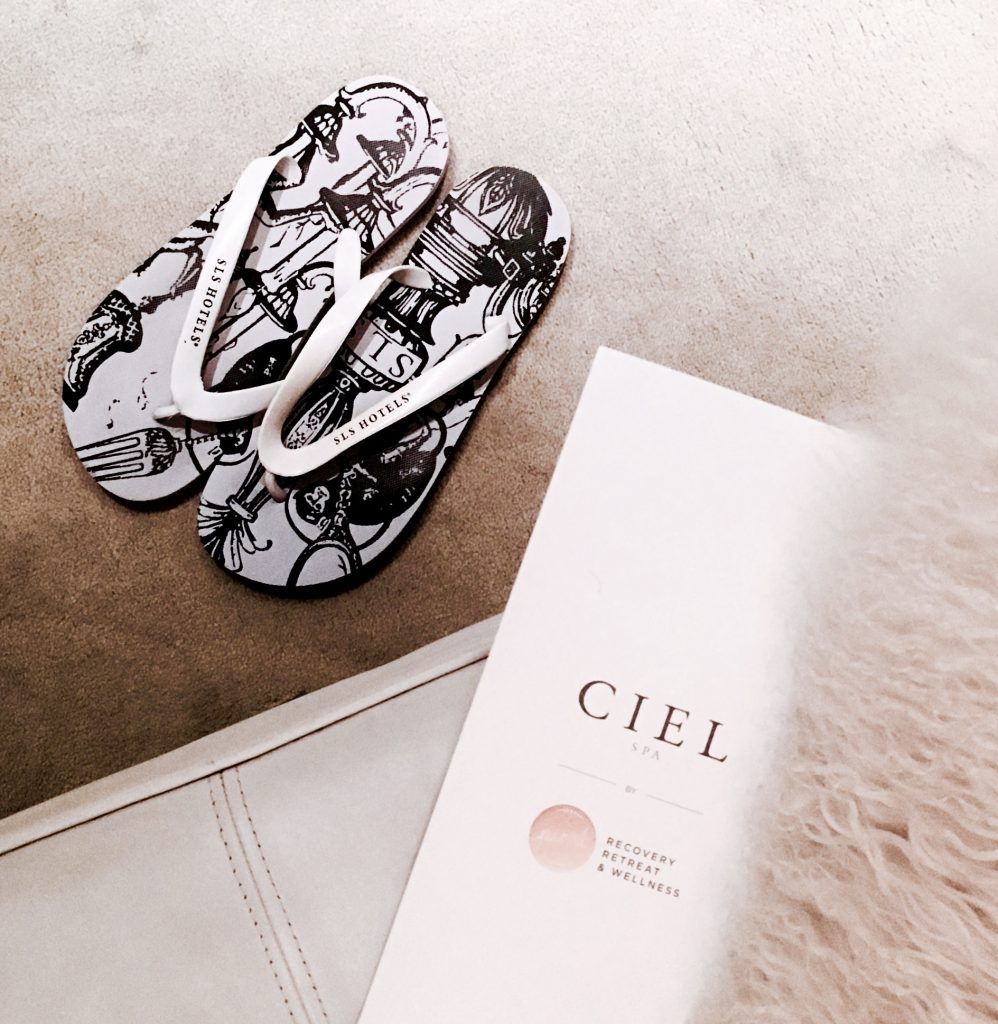 The only downside was that I was limited to three hours that I had while rushing off to NYFW. With so many options to choose from at the spa, I really would have preferred three days. Given that amount of time I could have run the gamut from head to toe - literally! From hair services to pedicure. And everything in between - waxing, facials, manicure, and more. 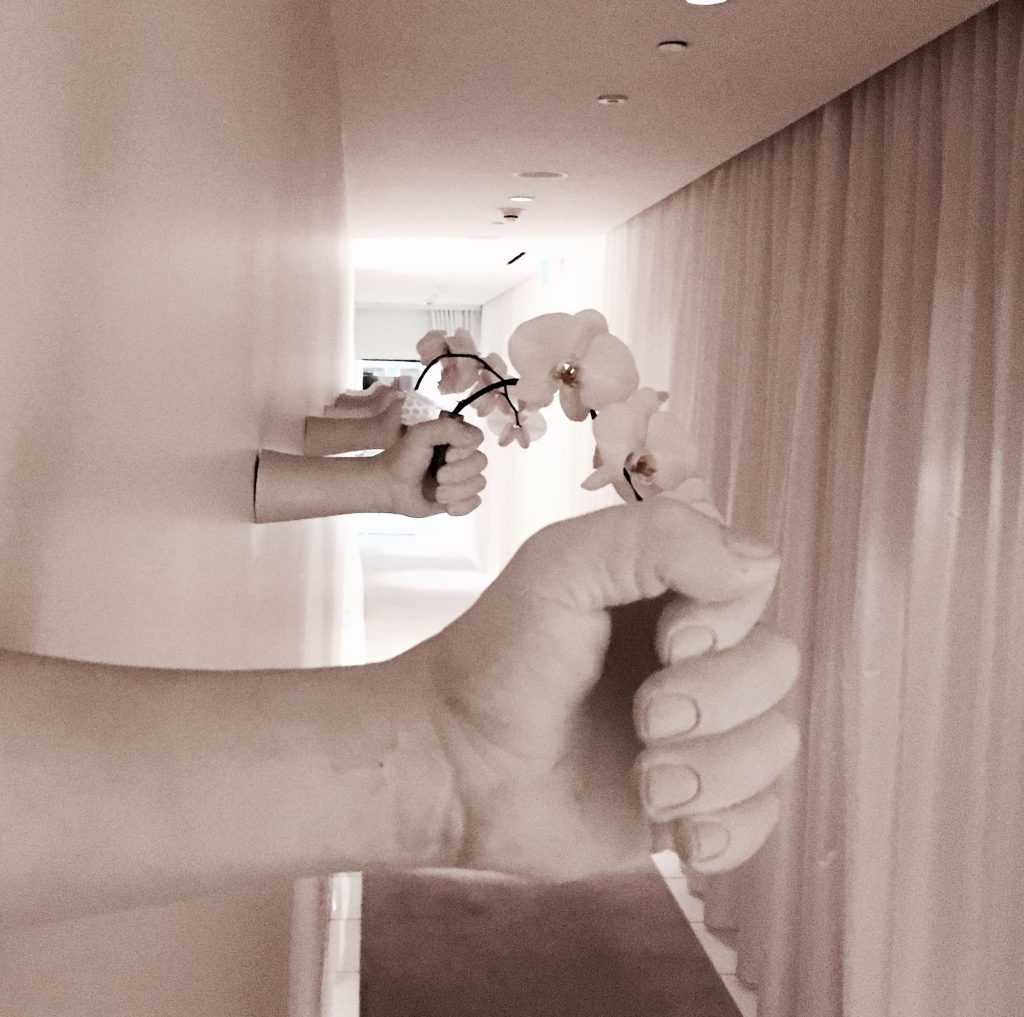 My Ciel Spa afternoon began by walking thru the doors into the most beautiful sanctuary. You’ll think you’re walking on cloud nine, surrounded by soothing white everywhere - you’d never know that you’re actually surrounded by a state-of-the-art wellness center that caters to post-plastic-surgery recovery patients. We’re incredibly lucky that the SLS Hotel allows us all access to this oasis. 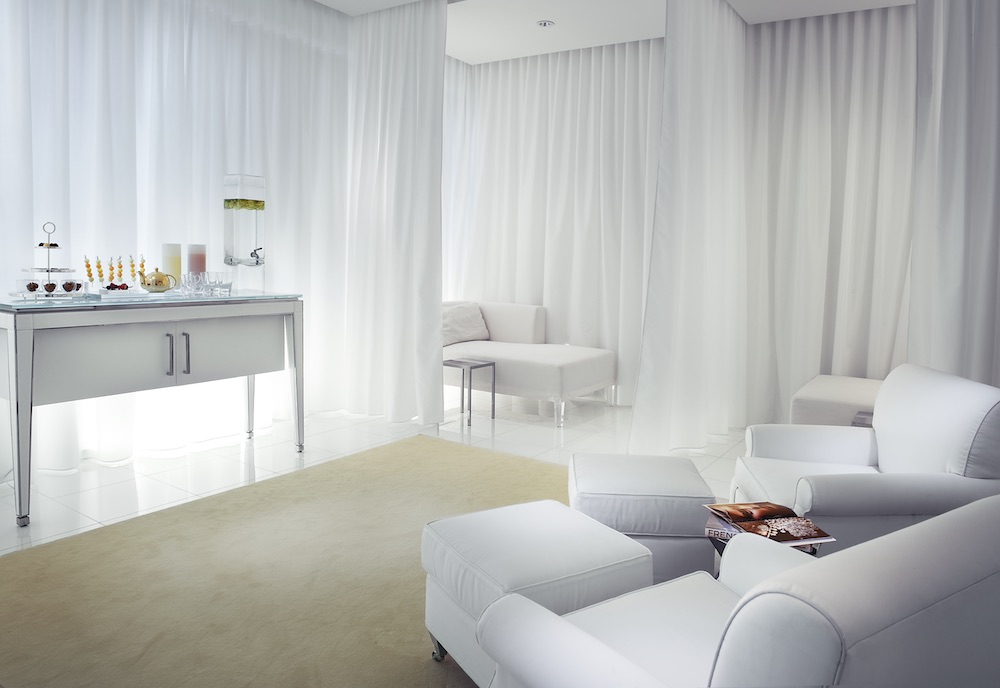 I opted for the women’s only lounge which felt like a modern, luxurious boudoir. I was offered champagne and informed that in the co-ed waiting area there’s also fruit-infused water, brownies, cookies and other snacks. I love a spa that doesn’t feel wheatgrass juice is the only option. 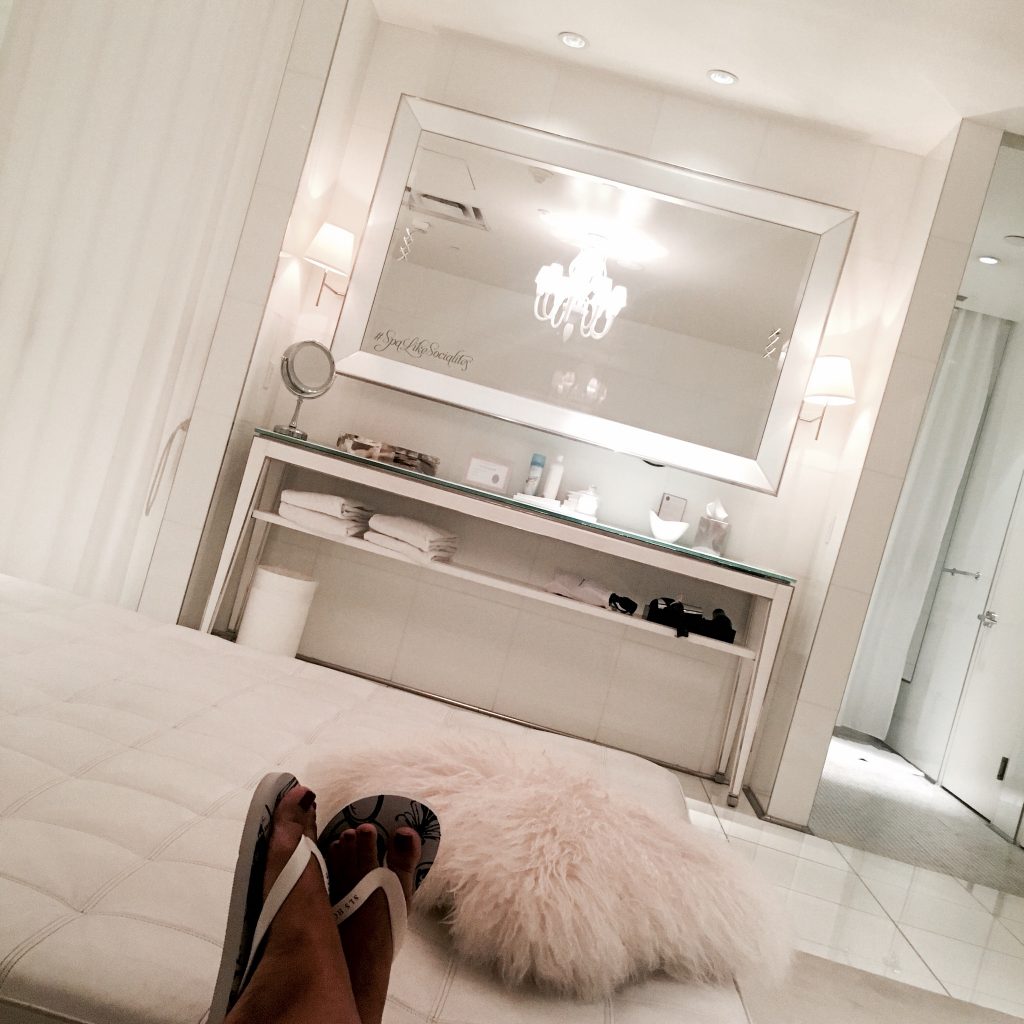 I loved the robe and cutest pair of flipflops ever:

I was then escorted to a private room where I endured the agony of a custom skin analysis. Ciel is the first spa in LA to use something called the Biologique Recherché Methodology. I just hope it’s not so smart that it realizes I lied when I said I don’t sleep in my makeup. After six pages (no wonder they offer champagne to start) it was decreed that I needed a fruit acid mask for light, yet thorough exfoliation. I didn’t feel anything other than a pleasant tingling but I knew it worked because my skin felt smooth and glowing after the treatment. And I have to say that pleasant also referred to my personal aesthetician Catherina who was so lovely, which isn’t always the case at uber posh establishments. 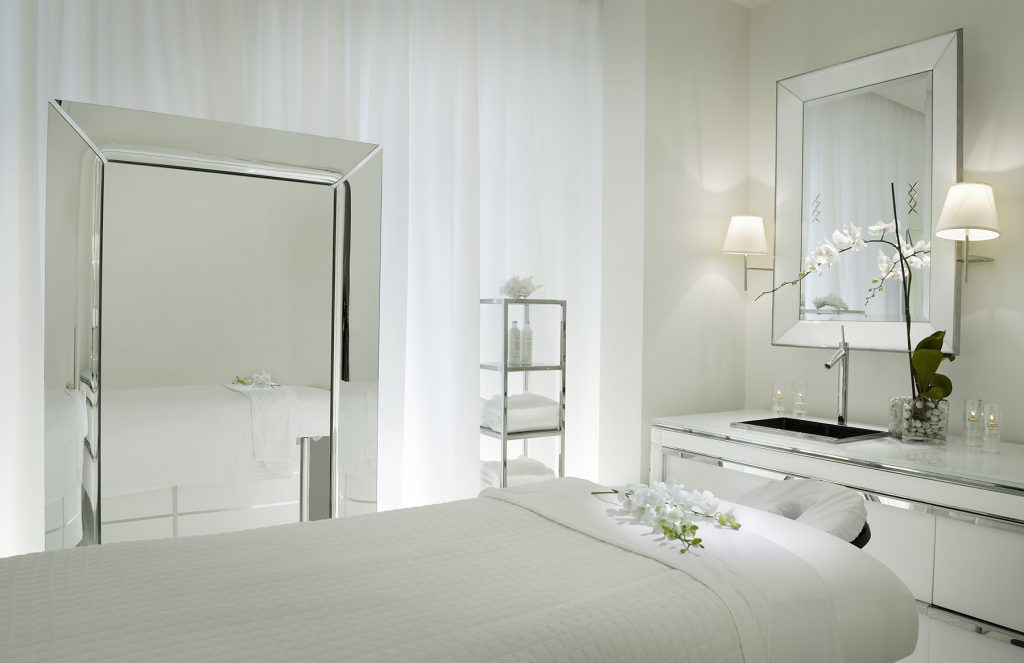 After the facial I had a 40 minute gap before my manicure so I popped down to the Philippe Starck designed lobby downstairs for lunch. I felt as though I got enough vitamins via the fruit in my facial, so I ordered this: 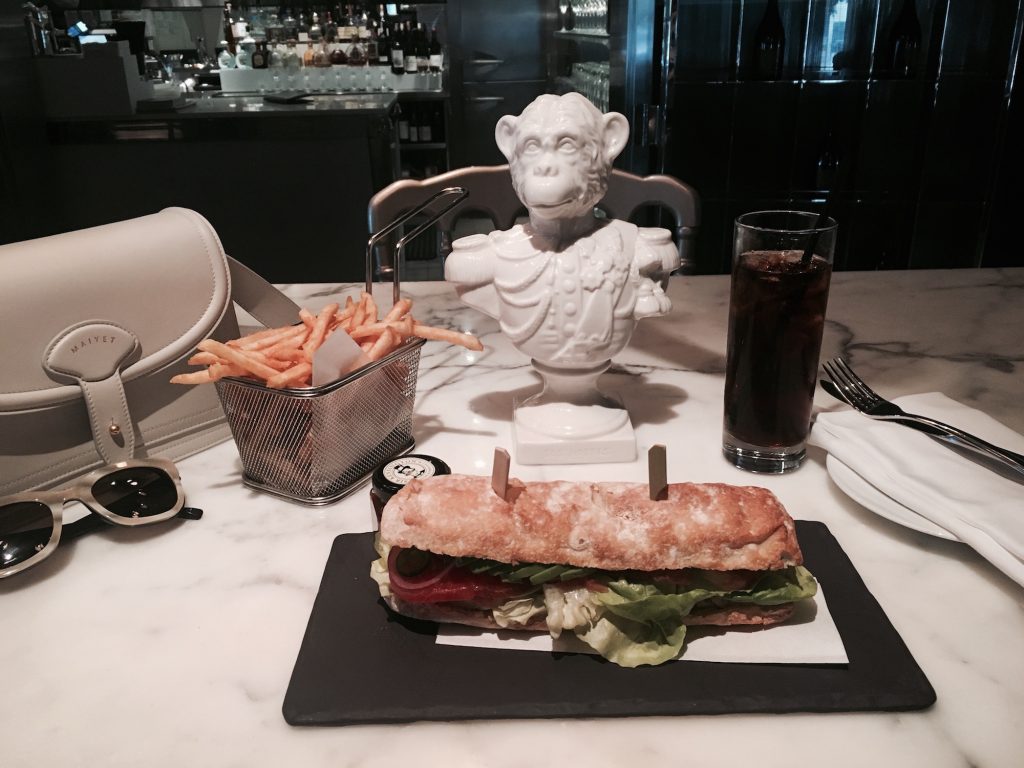 Fortunately, all burger juice and french fry oil was erased when I got my gel manicure. Not only did it hide the evidence of a calorie indulgence but the gel manicure lasted for 8 days chip free even after 7 days of heavy traveling worldwide. My nails clocked in 14,000 miles around the globe as well as countless hours typing on my laptop and various devices. 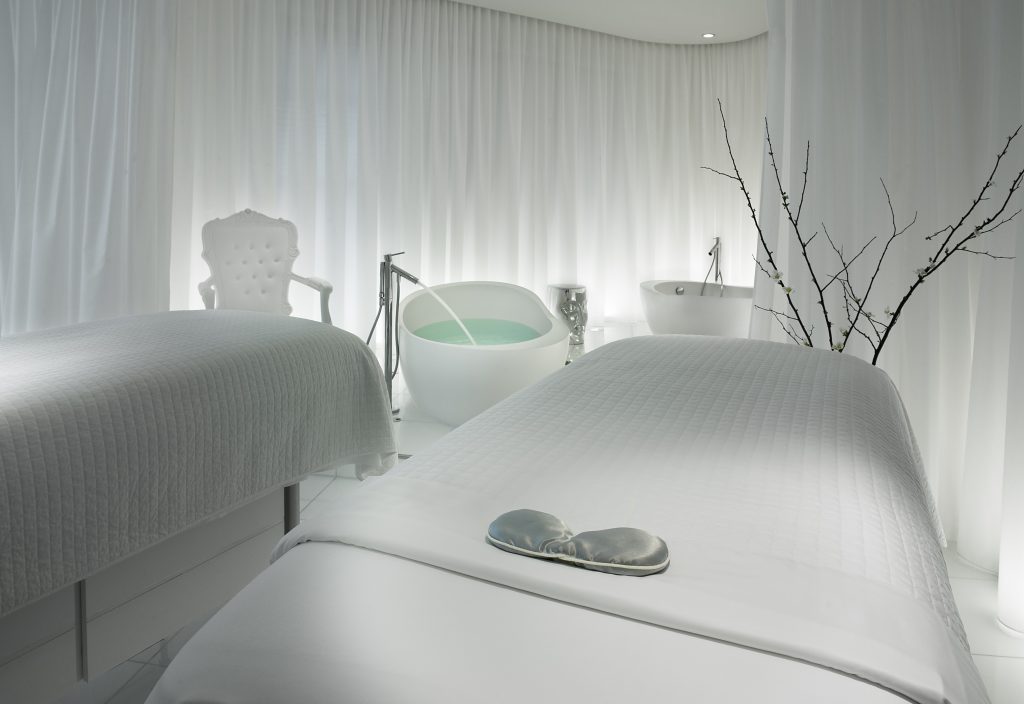 The Couples' Treatment Room at the Ciel Spa

I can’t wait to go back and try all their other offerings. The Ciel Spa is definitely my number one choice in Beverly Hills for serious luxurious treatments. If we’re told to “reach for the sky”, I’ll be reaching for the phone number of the Ciel Spa.