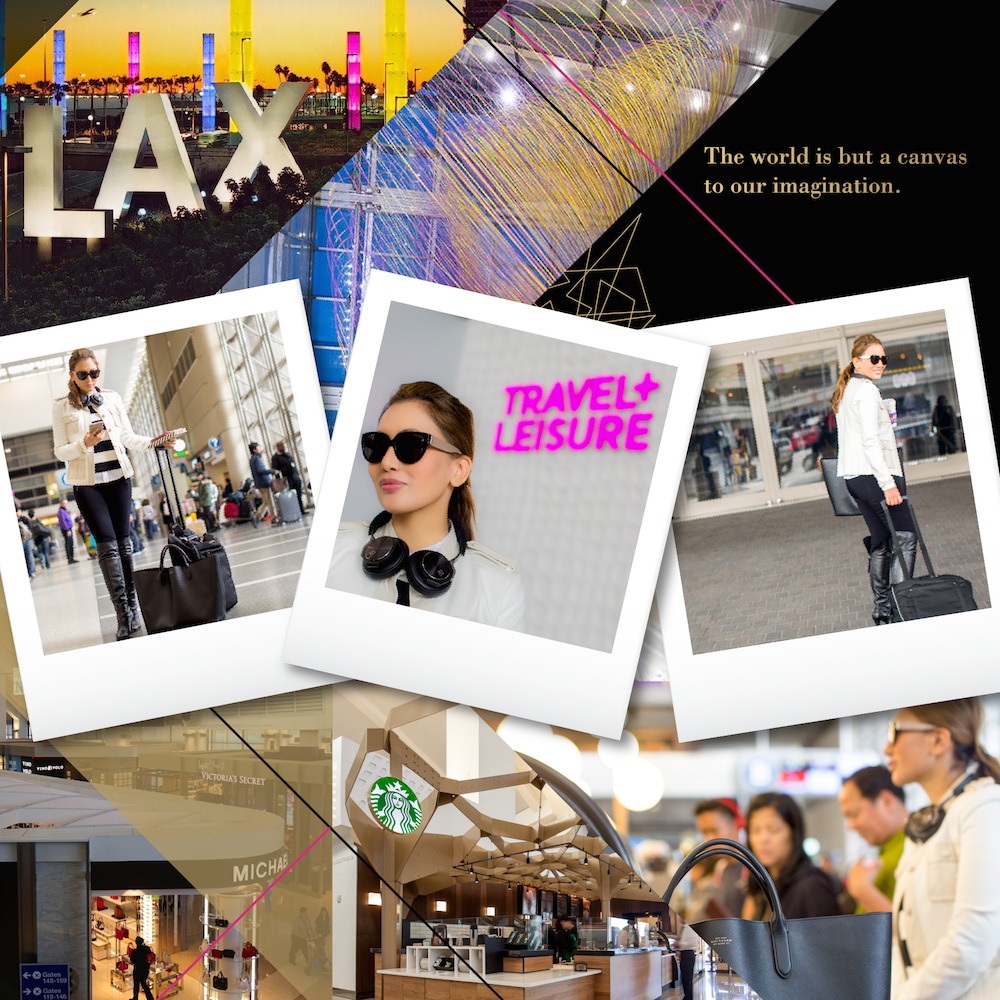 I spend so much time at airports that often my friends joke they are my second home. Luckily for me one of the airports that I frequent often, Los Angeles International or LAX,  just got a remodel and big-screen TVs installed in it’s Tom Bradley International terminal.

Since huge is the operative word at almost any airport, but especially an international hub such as LAX, I guess I wasn’t surprised to see massive new artwork.  The modern-take on a Bell Tower actually hangs from the ceiling - reminding you that that the fact that lifting airplanes into the sky isn’t the only psychic and engineering feat going on here.

While having no actual bells, it’s still draws the eye.  It’s fabricated from hundreds of panels of recycled items from LA construction sites.  Cheers to the artist Mark Bradford for going green and artistically impressive at the same time.

Once you hit all the shops and kiosks, they brilliant added a soothing piece of art called the Air Garden.  Again, massive in scale, it redefines the Great Hall (or, as I have named it, “The Great Mall”) with its cascading streamers of various colors that span at least four floors.  Nice try, but I wasn’t distracted enough to realize that there’s a Michael Kors shop here. 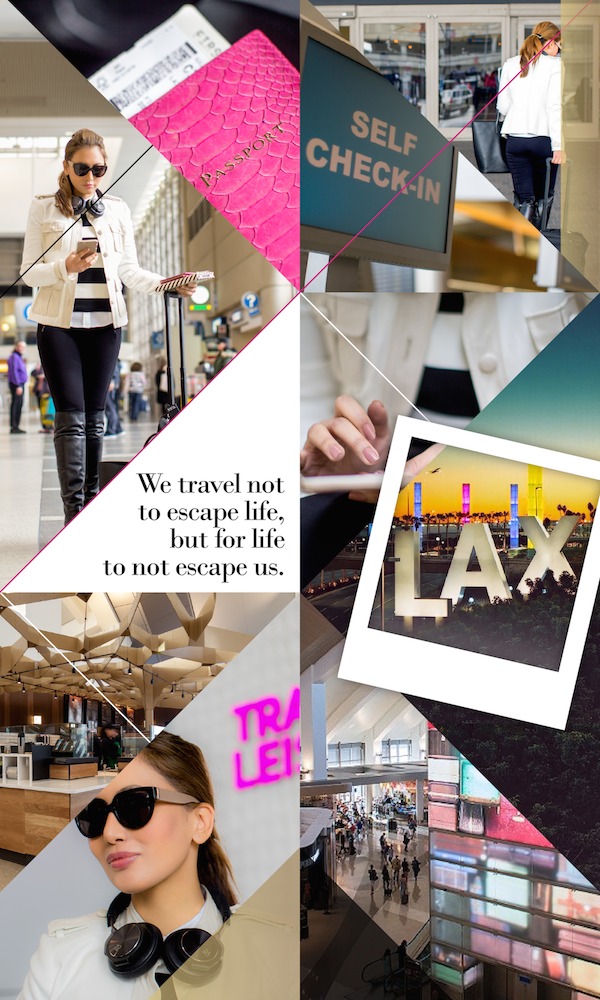 So back to the interactive digital displays. We’re talking acres of it. So many that if you were to run all the shows from all the series of Project Runway on the screens, you’d still have enough screens left for a whole bunch of kitten videos.

( Note to LAX : You should run kitten videos on your giant digital display screens. I would completely be okay staring at them for hours on end, and probably won’t even be mad if my flight was delayed. )

But instead of variations of of Heidi Klum’s unsmiling face or fluffy furballs  – LAX’s curators have instead put on a rotating art series, many revolving around travel, onto this massive media wall.

All of us sit with our faces buried in screens – our iphones, Androids, ipads, laptops – the executives at LAX took this modern reality and have inspired us to look up. At their screens. A floating wave of ever-changing art.  What a way to pass the time in check-in, security and customs lines.

Fortunately, the lines at LAX are generally relatively smooth-sailing. Walking through the doors at the Tom Bradley International terminal means knowing that once I’ve made it through the lines, I can spend some downtime gazing at the ever-changing art, or hitting up the new shops and surprisingly good eateries.

If you want to know more about the art at LAX, here’s a cool video explaining more :

And all the art is not just for people embarking from LAX.  When you arrive, or in my case return, there’s no more walking down endless drab halls while your eyes search for the signs saying “baggage claim this way.”  Overhead, artist Pae White has installed an amazing woven piece of art.  Virtually knit with three different colors of cord, it’s suspended by almost 7,500 gold brackets.  I was told that eleven of those brackets are actually real gold. Forget baggage claim, I’ll be busy trying to figure out which ones those are.

There may come a time when I say to someone “meet me at Fred Segal” and I don’t mean the one on Melrose Ave, I mean the one inside LAX.  The fact that I can browse at Armani before boarding, thrills the fashionista inside of me. And I heartily admire the forethought of whoever decided to put a Tumi luggage store inside the terminal so that I can quickly pack anything I just purchased while waiting for my plane to arrive. (Yes By, let’s get to the airport early so I can shop!!)

Oh and the gourmet food! Long gone are the days of crinkle-wrapped, inedible, “deli-meat” (they couldn’t even be more specific) sandwiches with what just barely passed as lettuce inside.  Now I spend the time I’m waiting to go through security, wondering whether I should go to Unami Burger and get their truffle fries or go deep at Petrossian’s Caviar and Champagne bar.

It was also just recently announced that VIPs will be able to pay for a private entrance to their flights. No more paparazzi shots of Blake Lively carrying her pillow off the plane.  No more wondering if Victoria Beckham flew the entire way across the Atlantic in high heels, wrinkle-free dress and sunglasses or if she changed before deplaning.

But will it work?  Will the next status symbol be not-being-seen?  In the age of selfies and self-promotion, it’s hard to imagine this will take flight.

Which is why I suddenly realized what the perplexing “X” in LAX might mean.  Perhaps:  Xtraordinary, Xceptional, or Xhilarating.  I’ll be watching all the changes will Xcitement. 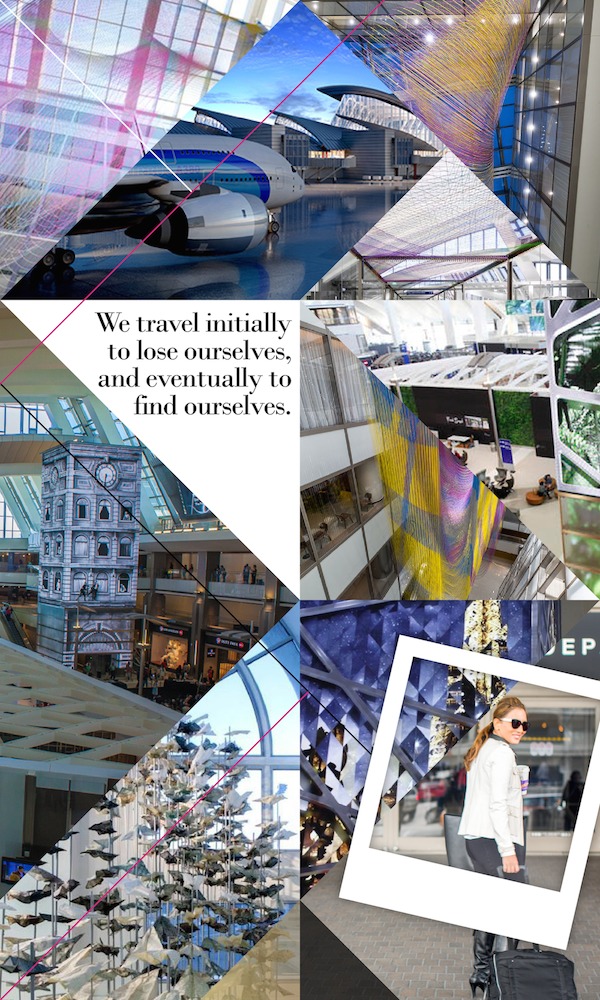 For more information on what is new at LAX, do head over to to www.LAXisHappening.com.
Love my travel look here? Learn more about it on this post.